A MUGA (or Multi Use Games Area) is a specially designed area for use with a variety of different sports. For example, tennis, netball, basket ball, five-a-side football. Depending on the sports to be played, the surface and surround fencing will differ. For example on a tennis court, a netball court or basketball sports pitch, a chain link fence would be suitable. If five-a-side football / hockey were to be played then a synthetic surface would be advisable, along with more robust perimeter fencing, such as a sports rebound panel system. 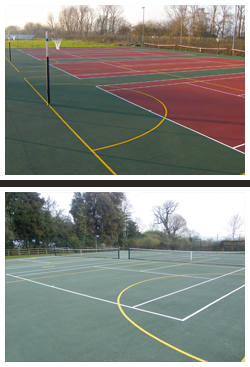 There are a number of stages in the construction of a MUGA pitch prior to the installation of the synthetic grass surface.

Pitches are usually constructed on a stone (dynamic) or macadam (engineered) base.

If an engineered base is chosen in the construction of a synthetic pitch, a macadam base will be laid over the base stone. A macadam base can consist of either one or two layers of macadam depending upon the budget available. A second layer of macadam will create a more structurally sound base, prior to the carpet going down. If the finish surface selected is open textured macadam, then a 2 layer system would be advisable

The structure of an Macadam Engineered Base: 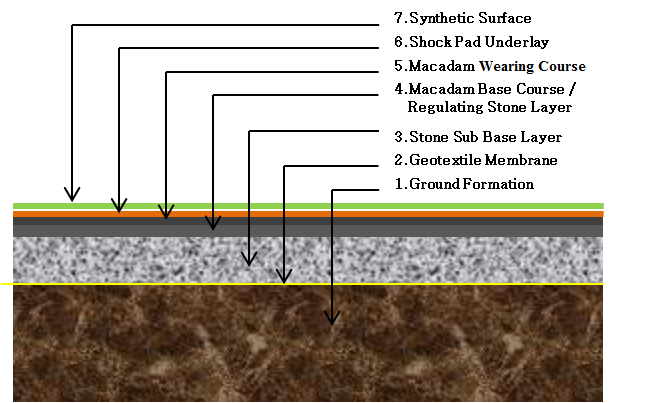 A Dynamic stone base is made up of aggregate layers. Each stone layer is laid and fully consolidated to ensure no movement or subsiding ever occurs in the future. The top layer is usually laid by hand, using screed rails, which have been levelled using a dual plane laser.

A Dynamic stone base was originally considered the best foundation on which to construct a sports facility, as an unbound stone allows the shockwaves from impact to disperse between the stone aggregate, making it more appealing to the end user by reducing the likelihood of impact-related injuries. Another benefit of installing this type of construction is that it is more economical.

The Structure of a Dynamic Stone Base: 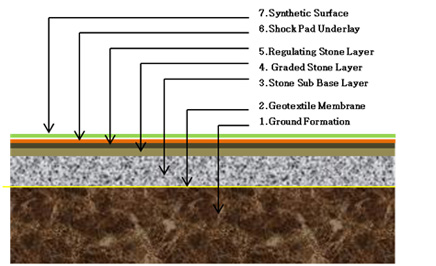 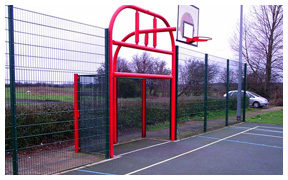 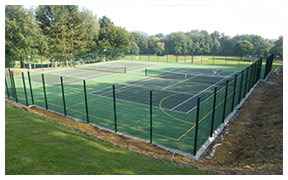 We offer MUGA construction services across the UK, including: East Sussex, West Sussex, Hertfordshire and Essex. We have constructed multi-use games areas in major towns and cities across the southeast, including London and Tunbridge Wells.

For more information on our services contact us today by filling in the form below. 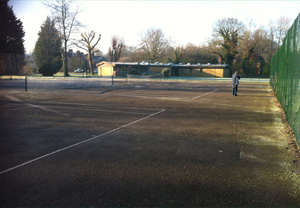 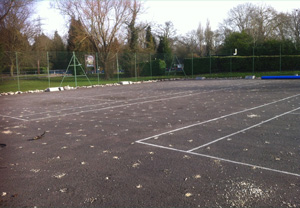 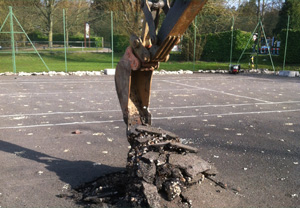 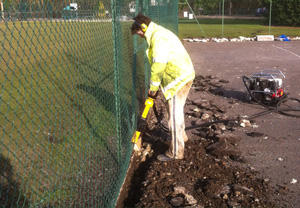 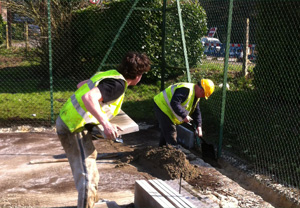 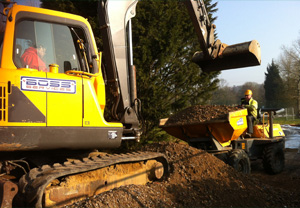 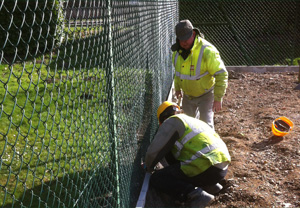 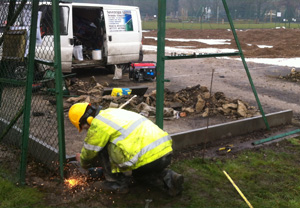 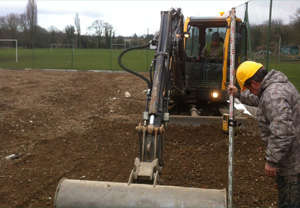 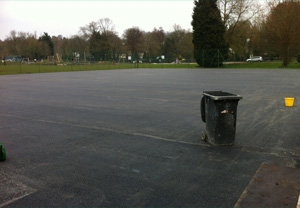 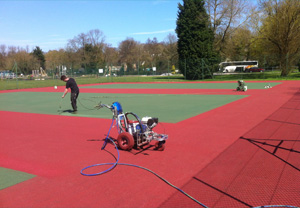 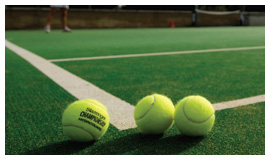 Sovereign Sports offer a range of synthetic surfaces suitable for Multi use play. Ranging from Matchplay2, which is a 6mm sand dressed synthetic surface through to Conqueror 60 MF 3rd Generation 60 mm sand and rubber infill, ideal for five-side football. 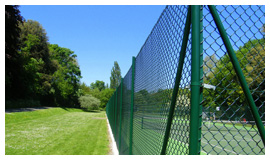 Our company provides two systems as standard, tubular or angle iron powder coated in either green or black, installed around the perimeter of the court to a height of a 2.75m (9ft). There is a vast array of fencing systems on the market today, so if you have something in mind please don’t hesitate to contact us. 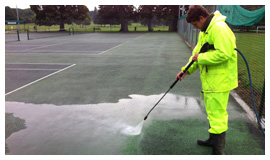 All surfaces need regular maintenance to retain good condition, whether it is porous macadam, synthetic clay, synthetic grass.
Every surface should be swept clean and all leaves, pine needles, detritus and rubbish should be removed on a weekly basis 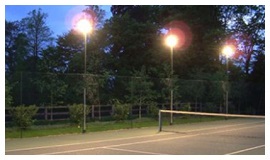 Sovereign Sports are able to offer 2 types of lighting system, Static or Retractable. Our retractable system is aimed more at the private client, being less obtrusive than the full size static option. The static system we offer complies with SAPCA and LTA recommendations and is the preferred choice for clubs and schools. 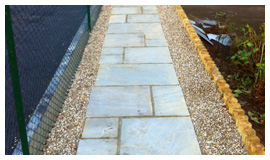 Along with our main concern, being the construction of tennis courts and sports surfaces. We also carry out a wide range of associated works and optional extras which include double edge perimeters, personalised fencing posts, practice walls, retaining walls, paths, patio areas, steps and landscaping to the surround of the court.