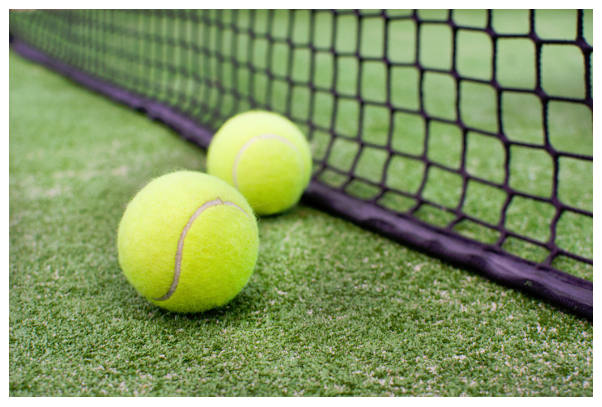 If you don’t play tennis regularly it can be easy to be confused by the jargon and specific terminology that is used within the sport. Thankfully much of it is very easy to understand even beginners of the sport. So here is our guide to a range of different commonly-used tennis terms to make it easier for you when you are out on the court.

Game – unlike a ‘game of football’, a game in tennis is only one small section of the match. Each match is made up of at least two sets, and these sets comprise a number of games.

Set – the match is split into sections known as sets – typically a match will be a best of three sets so you need to win two sets to win the match, although in Grand Slam events such as Wimbledon, men’s matches are best of five. A set is won by the first player to win six games (by a margin of two games). If the set reaches six games each a tiebreak is played.

Tiebreak – played at a score of 6-6 in a set, the tiebreak is used to determine the winner of the set. It is played in a sequence of two service points for one player, then two for the other, and repeat until one player has won seven points (by a margin of two points).

Deuce – if the score in a game reaches 40-40, this is known as deuce. Players are then required to win two consecutive points to win the set. Winning the first is announced as ‘advantage’ – if the opponent is able to win the next point, the score returns to deuce.

Serve – the shot that starts each point, which is hit from behind the baseline.

Ace – when a player serves and their opponent can’t hit the ball to return it.

Fault – when a player serves and the ball does not touch anywhere in the service box. On the first fault the player is forced to hit their second serve.

Double Fault – if a player faults on their second service it is known as a double fault and they lose the point.

Let – when a player hits a serve and the ball hits the net but still lands in the service box, this does not count as a fault, but the serve must be re-taken.

Volley – when a player hits the ball back without it bouncing.

Smash – a powerful spot played from above a player’s head in a similar motion to the serve.

Forehand – a shot hit with the palm facing forwards.

Backhand – a shot hit with the back of the hand facing forwards.

Lob – when a player is standing close to the net and their opponent hits the ball high over their head but it still lands in, this is known as a lob.