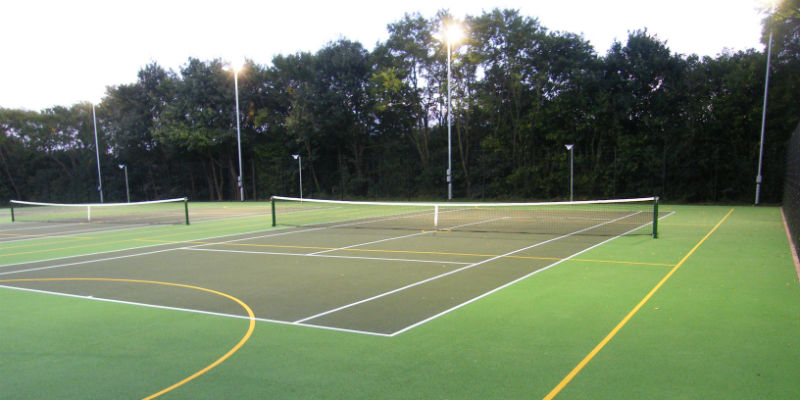 Sometimes improving at tennis is about more than just practice. It could be the case that the way that you play is right for one type of surface but is not well suited to another. Here we take a look at the different tennis court surface and the styles of play that suited them best.

Traditionally the most popular and theoretically most effective playing style on a grass court (or a synthetic grass court) is the serve-and-volley style. This type of play emphasises powerful serving and fast shots. The player will typically hit their serve and then immediately rush towards the net to attempt to volley a winner before their opponent can get settled. This style can end points very quickly, disrupting opponents’ rhythm.

Serve-and-volley was once almost universally used on grass courts but it has become rarer in recent years. Well-known proponents of the style have included Tim Henman, Pete Sampras, John McEnroe, Martina Navratilova and Martina Hingis. While less common today, many players still use the serve-and-volley style on occasion, such as Roger Federer, Nicolas Mahut and Feliciano Lopez.

Clay is a much slower court than grass, so it nullifies the kinds of powerful shots that are so effective on grass. On clay then, it pays to be a little subtler with your play. The best clay court players are masters of spin, timing and lesser-used shots such as the drop shot. Players like Rafael Nadal, Simona Halep and Fabio Fognini are modern players who specialise in playing on clay.

Juan Carlos Ferrero and Thomas Muster are big names from the past who helped to develop and evolve the clay court style.

The nature of the hardcourt surface means that it is suitable for multiple styles of play. In the modern game, the majority of players employ a ‘baseline’ style, hitting shots from the baseline without moving too far back or too far forward. Faster than clay courts but slower than grass courts, playing well on a hardcourt means having a good all-round game.

As the majority of tennis tournaments are played on the hard surface, most today’s top players have games that are well suited to the hard court.